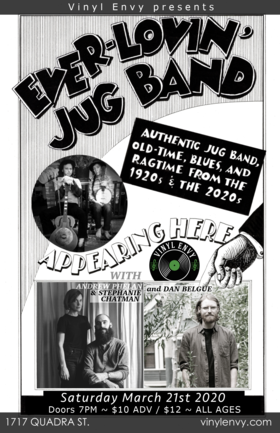 VISSIA (Edmonton, AB)
https://www.vissiamusic.com/home
It’s clear from the first listen to Edmonton, Alberta alt-pop artist VISSIA’s music that she doesn’t play by the rules. In fact, her career evolution illustrates she has no problem making up her own. Singer-songwriter, multi-instrumentalist, graphic designer—VISSIA has become a prominent figure in the Alberta music scene, and increasingly, the Canadian music scene overall.

VISSIA’s powerful declaration of independence came in the form of her 2017 album Place Holder—released on her own imprint, Hurry Hard Records—which confirmed the promise of years of developing a sound distinctly her own while connecting listeners to their own favourite private feelings and imagined landscapes.

Along the way, she has made many high-profile appearances including the UK’s Great Escape Festival, the Edmonton Folk Music Festival and the Canmore Folk Music Festival, sharing stages with the likes of Whitehorse, Jim Bryson, Matt Andersen, Lindi Ortega and others across Canada.

with
Amy Muloin (Cumberland, BC)
Amy Muloin is a multi-disciplinary artist and singer-songwriter currently based out of Cumberland, BC~ Making waves in the Vancouver Island music scene, you may have been lucky enough to catch The Amy Muloin Band this year at The Woodstove Festival, or performing solo in intimate venues this past year~ Don't miss out on this exclusive Victoria performance~

and
George Nixon (Vancouver, BC)
https://georgenixon.bandcamp.com/releases
Vancouver BC-based Acoustic Blues / Roots Folk / Alt-Country musician George Nixon will be warming up the room with a unique solo set~ Touring out to Vancouver Island, you won't want to miss this up-and-coming act ~ Highly recommend checking out his album 'Scarecrow' on Bandcamp today~