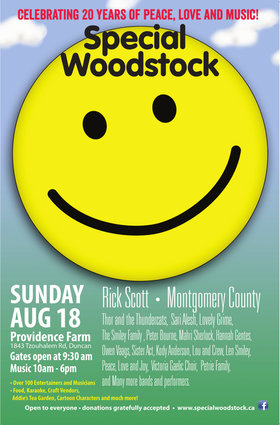 "Special Woodstock" was created to feature the artistic talents of people with disabilities alongside professional musicians for the island community.

Founded in September 1999 by Shelley Vaags, who saw a need for a platform to be created to feature this incredible, courageous, inspiring and unique community of individuals.

Thor & The Thundercats are a versatile band out of Duncan B.C., playing Blues, Classic Rock etc. The band members include: Thor Kristinsson (guitar & vocals), Marty Jones (Bass & Vocals) and John Chrysler (Drums & Vocals). A great band for just about any occasion, having played at a multitude of venues, including blues festivals, Classic Rock shows... more info

We play the songs that make every event , well, eventful! Lots of costumes and shananigans( Sorry Shannon,lol) .All upbeat songs from all eras and genres. Four out of 6 of us are siblings and yes our last name really is Smiley, We have been entertaining in the music industry all of our lives and love our audiences. more info
Videos: 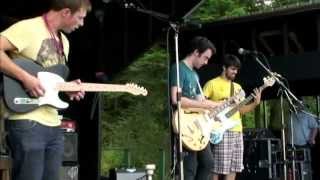 Montgomery County was formed in late 2009 and started performing around Victoria in early 2010. The band saw varying degrees of success playing local venues including the Saanich Fair but yet wouldn't see their greatest success until 2011. It was in 2011 that the band was asked to open for George Canyon at Western Speedway in Langford. It was th... more info
Audio: Drinkin Bone, Country Man, Hillbilly Bone
Submit info on this show to our admins