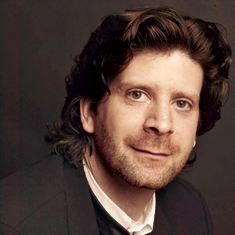 Music: Classical, Pop / Rock / Indie
Violinist/violist Barry Schiffman is an icon of Canadian chamber music.
He cofounded the St. Lawrence String Quartet, performing, touring and recording with them for 17 years. He then brought his considerable talent to the Banff Centre, where he has served as Director of Music Programs and Executive Director of the Banff International String Quartet Competition since 2006. He also serves as Associate Dean and Director of Chamber Music at the Royal Conservatory of Music in Toronto.

Mr. Vitek resides in victoria, British Columbia, and plays with the Victoria Symphony Orchestra and the Palm Court Orchestra. He is also well known to Victoria audiences for appearances with smaller groups and for his extensive solo strolling repertoire. more info

Kenji Fuse received his B. of Mus. in performance from the University of Toronto, where he studied with Steven Dann and Lorand Fenyves, and has taught viola at the University of Victoria's School of Music. In 1996/97, Kenji was awarded a grant from the Canada Council to study Canadian compositions for viola with the legendary viola virtuoso Rivka G... more info

Cellist Pamela Highbaugh Aloni has appeared extensively as a chamber musician and a soloist both in North America and Europe. Pamela is a co-founding member of the Lafayette String Quartet, Artists-in-Residence at the University of Victoria. With the ensemble she has won prizes in the Fischoff National Chamber Music Competition, the Portsmouth (Eng... more info
Submit info on this show to our admins