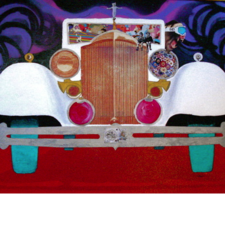 Weird'eaux in the noiZ Community

Amine Bouzaher
arbouzaher@gmail.com
6048422982
Contact Info
Past Shows (7)
Weird'eaux in the noiZ Community, (or Weird’eaux for short), is a Vancouver based four piece rock band that pairs the modern day aesthetics of electronica with a late 90’s prog-rock feel, (think Bonobo meets Incubus).

“The band’s name is perfectly in tune with the flowing and easygoing nature of its music. These dudes come from some Weird Waters.” ~ The Ubyssey

Since 2011 the band has been active in Vancouver’s alternative and indie rock scene, sharing stages with a diverse group of up-and-coming local bands such as JPNSGRLS, Oh No Yoko!, Whiskaz, The Ruffled Feathers, and Kutapira to name a few.

Weird’eaux are actively involved in a local commons-based initiative called The Kalama Collective, and are often unofficially referred to as their “House Band”, with festival inspired performances that include visual artists, dancers, and occasionally burlesque.

The band’s personality; charmingly free spirited, unashamed and wacky, feels like a nostalgic nod to bands of the early 90’s like RHCP and Jane’s Addiction.  Yet they’re also acutely self aware and perceptive, asking us to question the way we think and live.

Not limited to music, Weird’eaux produces extensive content in other mediums including film, sculpture, drawings, paintings and anything they deem to be part of their creative sphere.

Weird’eaux in the noiZ Community is: Charles-Antoine Vallières on vocals, Amine Bouzaher on guitar, Ben Whipple on Bass and Nimmer Khokhar on Drums.

“We strive to be magic mirrors to ourselves and anybody else who cares to listen”. simultaneously uttered band comment.
No audio samples have been linked to this profile.

Status: Unknown
Available for any and all gigs, currently recording new material and touring into northern BC, Alberta and the Gulf Islands mid-July. - Last confirmed Apr. 22, 2014
Submit info on this band to our admins