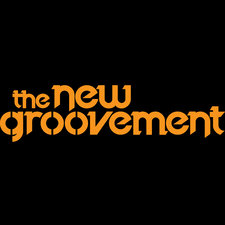 Reuven
Thenewgroovement@gmail.com
250-896-3786
Contact Info
Past Shows (45)
Event Photo Galleries (5)
The New Groovement is an eleven-piece funk machine that blends elements of R&B, soul, and hip hop to create a funk-i-fied feast for the ears. If James Brown and Run DMC had a love child this would be it. The band’s sound is as unique as it is versatile with its punchy horns, sweet vocals, clever rhymes, and tight percussion. Combined with an energetic stage presence, this band will make you shake everything you got!

NGM has been actively playing packed shows at popular venues such as Canoe Brewpub, Lucky Bar, and Upstairs Lounge, as well as headlining FernFest and other local festivals. The band recently rocked their first mini Island tour, playing a sold out show at Tofino’s iconic “Mermaid Ball” (Oysterfest) and at Char’s Landing, the musical hub of Port Alberni’s Arts District. They also collaborated with local talent to debut the first ever Victoria Funk Fest last year, which promises to be an extremely popular annual event.

The New Groovement is truly home-grown talent, with most members born or raised on Vancouver Island and hailing from the music schools of Camosun College, UVic, Vancouver Island University and others. This musical force is propelled by the unstoppable energy of leader Groovin' Reuven Sussman (drums). The rhythms are laid down by Tejas Collison (bass) and Ben Scotney (guitar), with additional percussion by Geoff Mason (timbales) and Kim Maddin (congas). Theresa Pasaluko (lead vocals) seduces the crowds with sultry melodies while Danimal House (vocals/emcee) brings his signature high energy fun(ky) hip hop lyrics. The infectiously groovy melodies of the horn section are credited to the powerhouse combination of David Chase (trumpet), Jason Dolynny (trombone), Jonnie “be bad” Bridgeman (sax), and big, bad, Brad Justason (sax).

This up-and-coming group has quickly made a name for itself with its massive shows and energetic parties; it’s one band you will not want to miss this year. Their newest CD release is a live album recorded at the 2013 BC Ska Fest Members’ party.
No audio samples have been linked to this profile.

In this video: The New Groovement
Posted: Jun. 6, 2013
Status: Available for Shows/Gigs
- Last confirmed Mar. 9, 2016
Submit info on this band to our admins