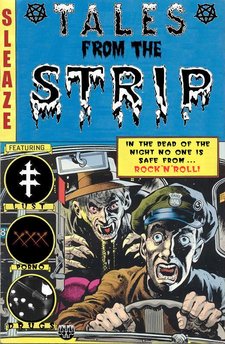 "For a long time music has been in shambles and devouring itself in self destruction. Few have been able to bring it out of the gutter. Its been in since the late 80's, but Lust have not only impressed me with their lack of interest for new music but, that they homage the old gods of progressive and rock, but add a new flavor that distinguishes them from all others in the maelstrom we call music today."
-Corey Garreth-

Now anybody interested in creating a fucking disturbance in the Victoria music scene you know how to get ahold of us.

see you fuckers on the Drunk side.
No audio samples have been linked to this profile.

Status: Continuing Under New Name
See the site, see the show. Bring the sleaze. - Last confirmed Jul. 15, 2011
Submit info on this band to our admins