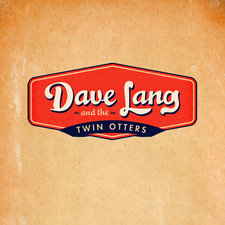 Dave Lang
davelang68@gmail.com
250-588-3464
Contact Info
Past Shows (10)
Dave Lang & the Twin Otters subscribe to an ethic that seems to have disappeared from today’s music scene. Proponents of journalist Malcolm Gladwell’s "10,000 hours" assertion that competency requires massive amounts of hard work, Lang and his musical compatriots (clarinet player Jeff Poynter and upright bassist Alex Rempel) have achieved success simply by playing as much as they can.

They’ve done this by not only performing their mix of ‘30s jazz and western swing music in small pubs, large festivals, theatres or busking in outdoor venues, but also by holding down a residency at The Superior in their home town of Victoria. Putting "time on the instrument" ahead of incessant social media networking might seem old-fashioned, but it’s panned out for them; last year the trio logged nearly 200 paid performances, and they’re on track to play more in 2013.

The band may be lovers of classic jazz, swing, country, Louis Armstrong, and the Great American songbook, but don’t mistake Lang & the Twin Otters for po-faced archivists obsessed with musical purity. Lang is a witty and subversive performer, often updating lyrics to older songs, keeping little more than the chorus. Take his version of Bob Wills’ "The Devil Ain't Lazy," for example, where he references Monsanto and corporate outsourcing. Lang has a sly sense of humour, and you can hear it in his own material, such as the hilariously deadpan "Pretty Girls (Can Write Boring Songs)".

Lang is actually something of a songwriter’s songwriter; he’s been covered by the likes of Corb Lund, Neko Case, Carolyn Mark, and Geoff Berner. He’s returned the favour with his recorded version of Geoff Berner's "Phony Drawl" for Berner’s upcoming book / cd project "Festival Man," to be released in fall of 2013.

"Dave Lang is an original throwback to a time when subtlety and good humour meant something. A literate mind, with a touch of Tom Lehrer attached to a subversive heart. This is a show to experience."
- Mitch Podolak (Co-founder Winnipeg Folk Fest)

"Thanks so much to you and the Otters for the excellent and entertaining show that you put on for us at Norway House!"
- Patty Castle (The Victoria Folk Music Society)

"Dave Lang’s songs capture the complexity of relationships with catchiness and wit. [He] seems to be most comfortable trolling around in the murk of the human heart."
- Roberta McDonald (FFWD Magazine)

"Not only are the songs humourous, but he is also an amazing showman - whether solo with an acoustic guitar or with an ace backing band."
- Bill Stuart (Monday Magazine)

"Dave Lang & the Twin Otters are a favourite! Guests are thrilled with their performances."
- Lisa Boehme (The Superior)
No audio samples have been linked to this profile.

Status: Broken Up
- Last confirmed Feb. 1, 2018
Submit info on this band to our admins