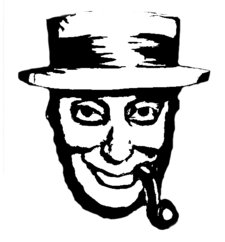 Sean Kilby
thekilledspirits@shaw.ca
7782773737
Contact Info
Past Shows (14)
A western Canadian punk/indie/hardcore band formed in 2008, The Killed Spirits are two ex-members of The Sore Throats, Dave Hallman and Sean Kilby. Entering the mix is the extraordinary Matty Chenier on percussion. Still practicing in Langley because they haven't got shot there... yet. So far, all songs have been recorded in The Chenier Garage on an outdated zip disc 8-track recorder. If you like what you hear, buy one of their E.P.s at their next show or send them a message for a download or two.
Zinc chloride has the ability to attack metal oxides (MO) to give derivatives of the formula MZnOCl2. This reaction is relevant to the utility of ZnCl2 as a flux for soldering - it dissolves oxide coatings exposing the clean metal surface. Fluxes with ZnCl2 as an active ingredient are sometimes called "Tinner's Fluid." Typically this flux was prepared by dissolving zinc foil in dilute hydrochloric acid until the liquid ceased to evolve hydrogen; for this reason, such flux was once known as KILLED SPIRITS. Because of its corrosive nature, this flux is not suitable for situations where any residue cannot be cleaned away, such as electronic work. This property also leads to its use in the manufacture of magnesia cements for dental fillings and certain mouthwashes as an active ingredient.

View all tracks for this artist (2)

Status: Unknown
- Last confirmed Oct. 23, 2011
Submit info on this band to our admins