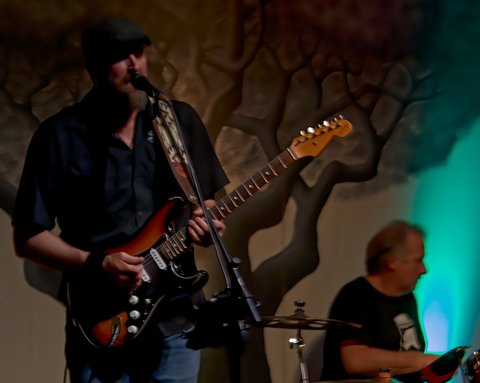 Paul Black
paulblackmusic@gmail.com
883-4677
Contact Info
Past Shows (19)
Rolling like a freight train with no throttle control comes the blues sensation from Victoria, British Columbia, Paul Black. With captivating rhythms, dazzling lead guitars, and soulful vocal styles, Black is establishing himself as a true, straightforward, fearless blues rock and roller. If his energetic, throaty brand of music doesn’t have your head bobbing and singing along, almost nothing will.
Ever since laying his hands on a guitar at age 18, Black became captivated with the instrument, working tirelessly while learning how to effectively wield his new best friend. Growing up in a household filled with gospel and country tunes, and iconic groups like Led Zeppelin forbidden, the young guitarist was magnetically driven to rock and roll. After being given a ticket to Stevie Ray Vaughn by his cousin on a hot summer evening, Black’s life was changed, and he was entranced by the epic blues creations of artists such as Muddy Waters, Buddy Guy, and Jimi Hendrix.

View all tracks for this artist (2)

Status: Available for Shows/Gigs
- Last confirmed Jul. 23, 2019
Submit info on this band to our admins