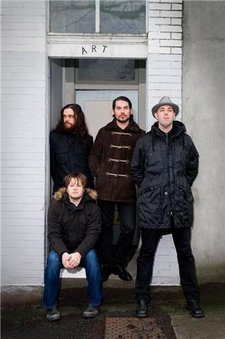 Voices in the Attic

If U2 and Radiohead (circa 1994) got in a fight backstage over the last pint of Guiness then the result would be Voices in the Attic. Four Vancouver music-scene vets came together in the Attic of an old house in the Kitsilano neighbourhood to form the band. The house on 4th Avenue has been a gathering place for artists and musicians since the hippie days of the late 1960's so it was fitting place for the creation of the band.

Status: Continuing Under New Name
- Last confirmed Mar. 15, 2014
Submit info on this band to our admins