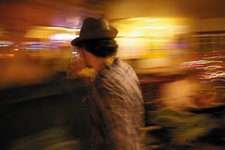 For the past seven years Dylan Stone has been writing and performing songs, playing across North America in clubs, pubs, cafes, and house concerts. At 26 he is already a mature and reflective songwriter. Dylan’s predominantly folk-rock style of music embodies a deep respect for the acoustic roots and folk traditions but also an admiration for sonic landscapes and the power of electric music. Major influences include Townes Van Zandt, Neil Young, Rolling Stones, Ryan Adams, and Wilco. His forthcoming, self-titled EP was recorded with Marc L’Esperance in Vancouver and Adrian Dolan in Victoria; a tour of BC and Alberta will coincide with its release.